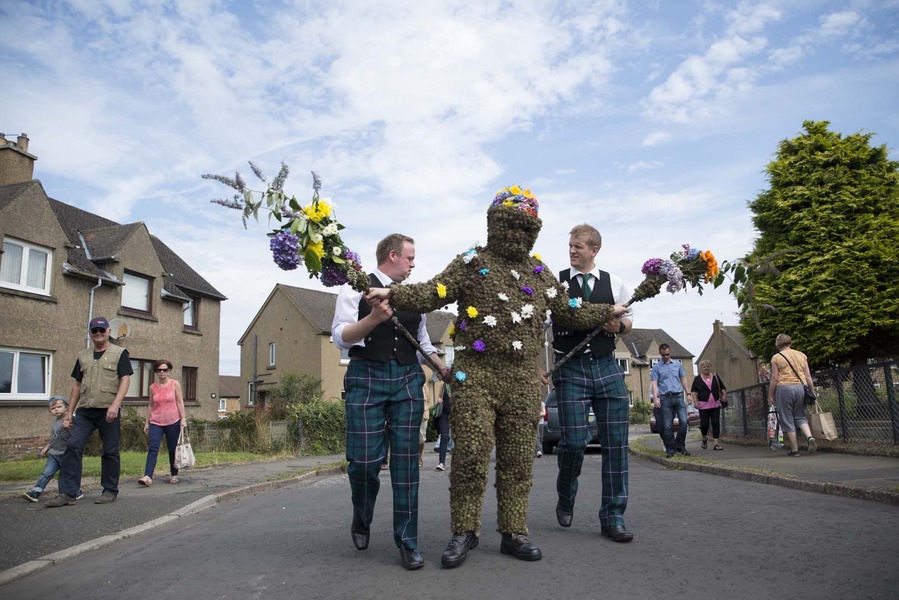 Andrew Taylor walks through South Queensferry, Scotland covered in thousands of burs on Friday, August 8, 2014 for the annual Burryman Parade. The Burryman is believed to ward off evil spirits and bring luck to those who serve him a glass of whiskey. 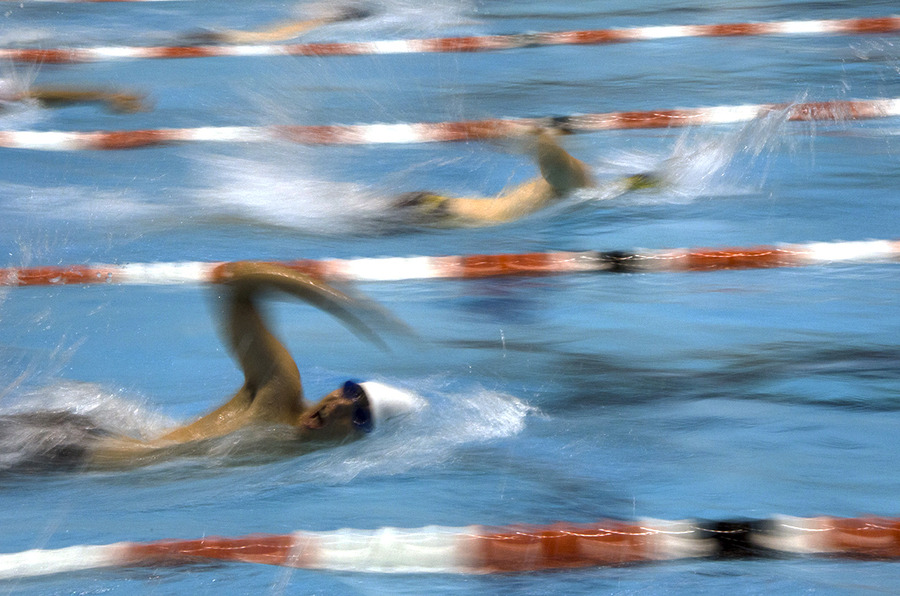 Anthony Chi swims for Ohio University's swim club during a meet against the University of Tennessee in Knoxville, Tennessee on Saturday, October 6, 2012. It was the first meet of the year for the OU swim club and it was Anthony's first meet with the team. 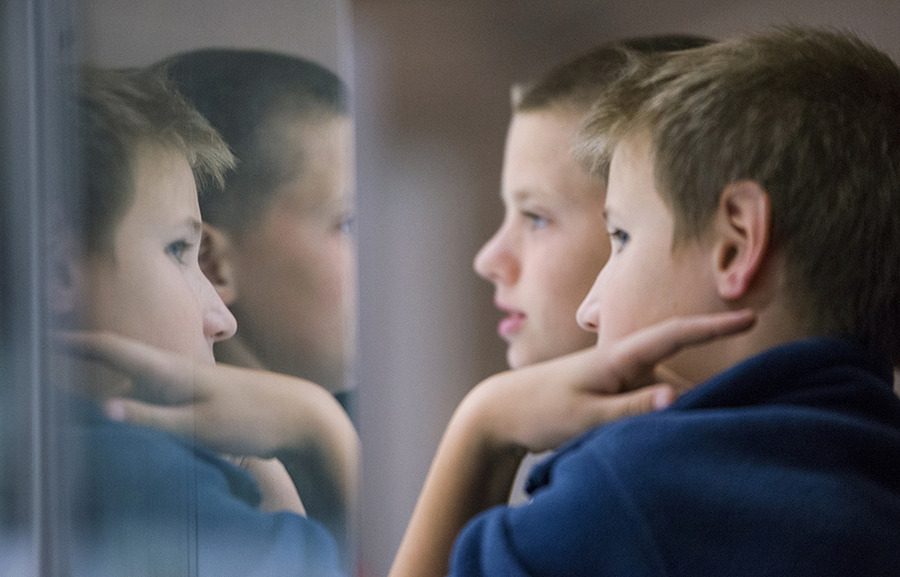 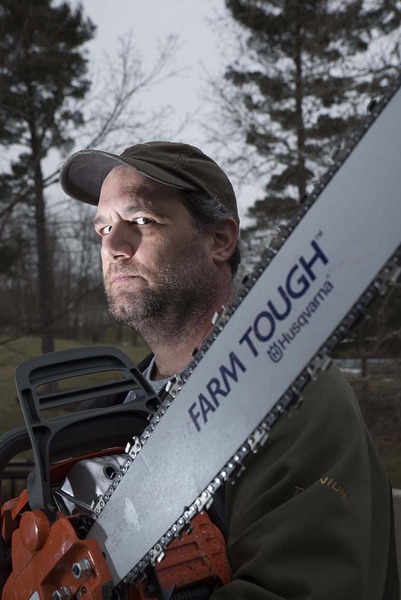 Nicholas Cenci poses with his new chainsaw on Sunday, Feburary 8th, 2015. After being harrassed by numerous visits from landscaping companies asking to cut down the dying ash trees in his yard, he decided to do the job himself. 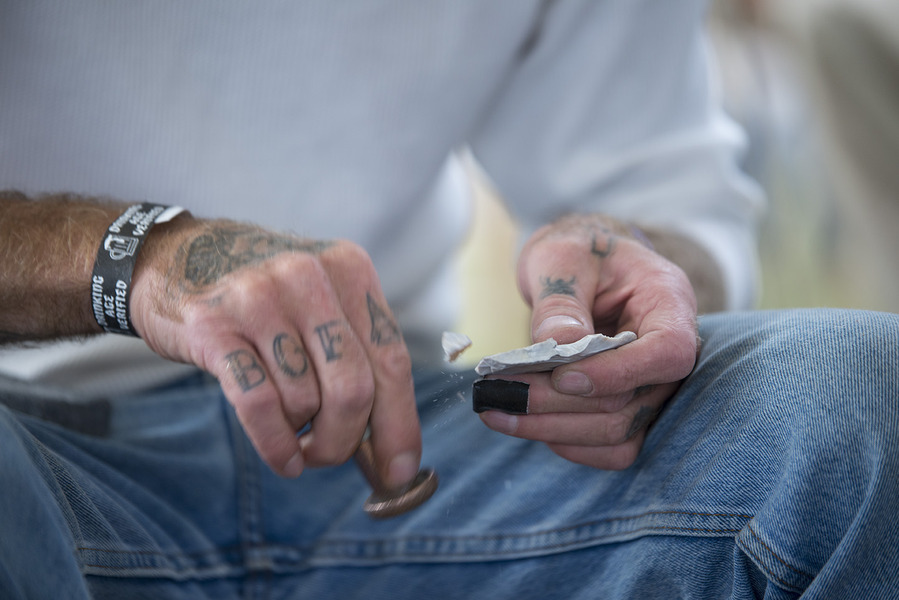 Derrick Priest uses a technique known as direct percussion, which is when pieces of a stone are broken off by scraping another rock or tool against it in order to make a blade. Direct percussion was used by Native Americans to make knifes and arrowheads and is the most common technique used by people who replicate the arrowhead making process. 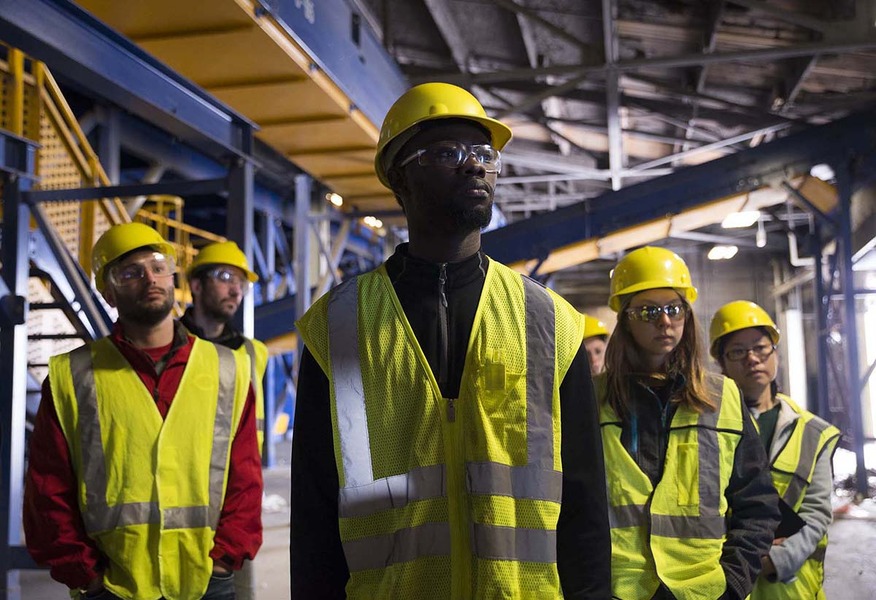 Students Christopher Etter-Millard, Eric Strurgel, Papa Ndiaye, Kelli Baker, and Thuy Ho of the Ohio University Voinovich Enviornmental Studies Program take a tour of the Rumpke Recycling Center. The guide was telling the students about materials that could and couldn't be recycled, which contributed to their lessons on zero waste management. 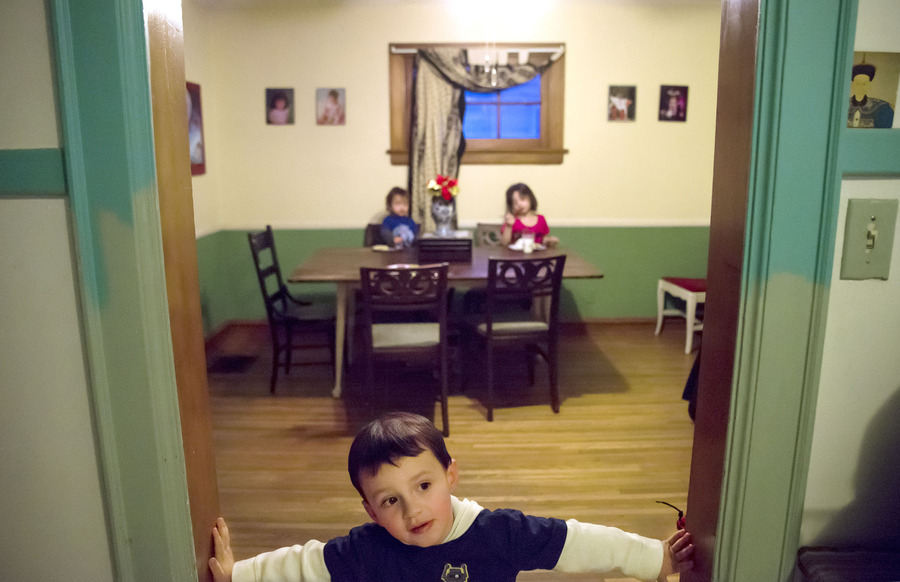 Ezvin Lopez, 3, son of Mynor Lopez and Mylesant Carreno from Columbus, Ohio, peaks into the kitchen to demand his mother's attention as his siblings, Emerson Lopez, 20 months, and Miryam Lopez, 6, eat their dinner in the next room. Ezvin continuously claims he's not hungry as his mother tries to get him to go finish his meal. 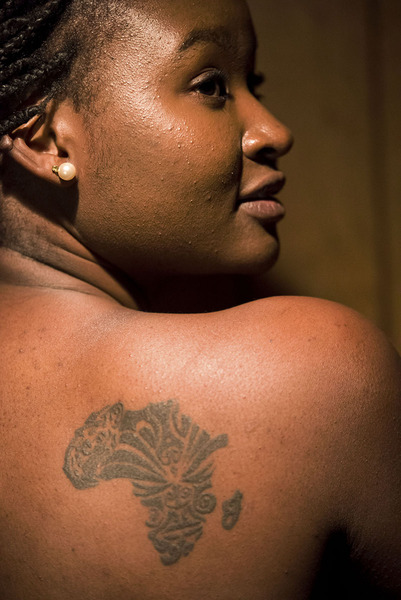 Philistar Bonyo shows off her tattoo representing her home on Tuesday, Nov. 5, 2013. Bonyo was originally born in Kenya, Africa, but she and her family have now been living in the United States for four years and for three of those years she has attended Ohio University in Athens, Ohio. "It's weird, the more I live in America, the more I complain about the stupidest things. One time my computer was broken and it upset me for the whole day, even though Alden [library] if full of computers," said Bonyo. "There are people who don't have food or a place to sleep, I know because I grew up surrounded by that". Bonyo's experiences has led her to major in public health, she wants to be able to help those who truly need it. 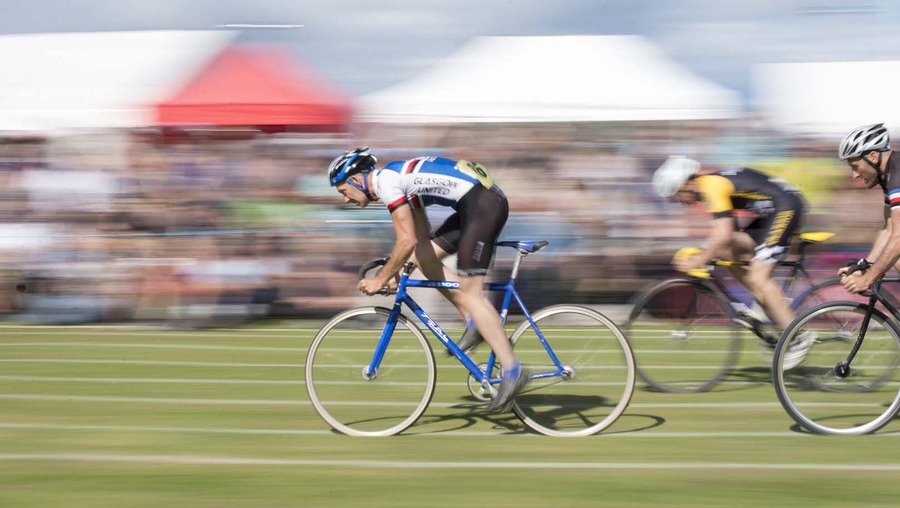 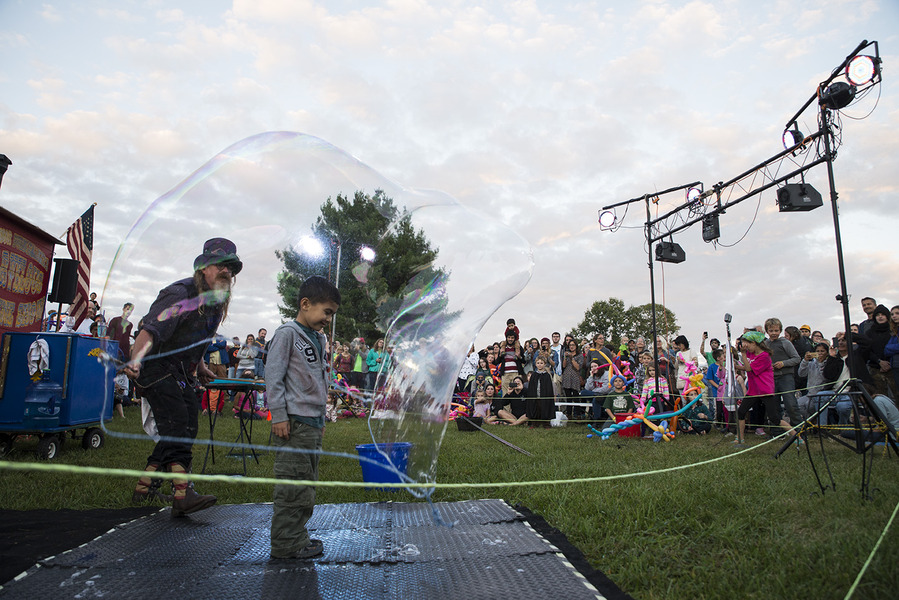 Professor Phineas T. Bubblemaker (John Gradwohl Jr.) performs his Rock N' Roll bubble show at the Pawpaw Festival on Saturday, September 9, 2015 in Albany, Ohio. At the end of the show he attempts to put six-year-old Kayden Snyder inside a bubble, exclaiming that if he can put a cow in a bubble he can put a kid in one too. 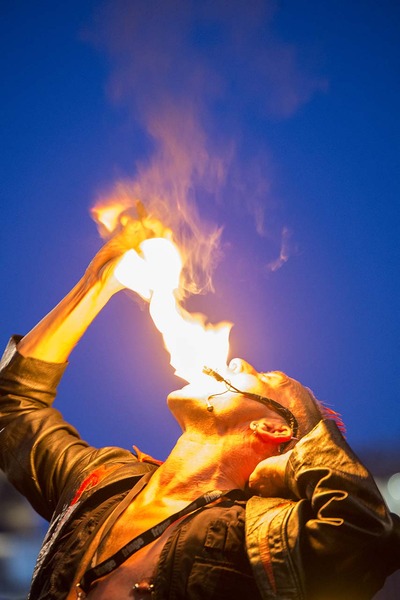 Gareth Williams, otherwise known as The Mighty Gareth, performs his fire eating act on the Streets of Edinburgh, Scotland on Saturday, August 9, 2014.

During the Columbus Blue Jackets verses Nashville Predators game at the Nationwide Arena in Columbus, Ohio on Wednesday, Nov. 27, 2013, Blue Jackets' Mark Letestu and Predator's Paul Gaustad prepare for a face off. The Predators won the game with a final score of 4-0.

On Wednesday, July 30, 2014, the Scotch Hop was held at the Linlithgow Palace for the 25th year in West Lothian, Scotland.

Cassy Bazemore practices hooping on Thursday, February 23, 2013 on South Green at Ohio University in Athens, Ohio. Bazemore was teaching her friend, Erica Smith how to hoop. "It's basically a fancier version of just regular hula hooping," said Bazemore. "Some of them [hula hoops] have lights in them and people will use them in night clubs".

John Carswell and Shiela McCutcheon dance at the Scotch Hop on Wednesday, July 30, 2014 at Linlithgow Palace in Linlithgow, Scotland.